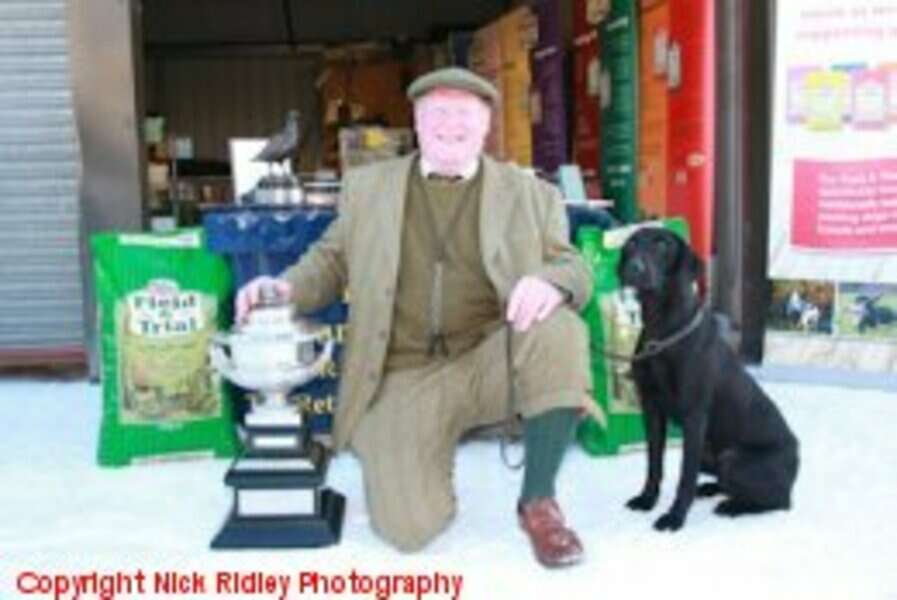 The trial was held over three days, over two different Estates. Conditions were particulalry challenging on the Scottish hillsides due to the freezing temperatures and snow covered ground.

On day 1 despite the challenges of reduced scent from the snow covering the bracken, Jed Leeson qualified his Labrador, Pintail Hector – the first chocolate Labrador to run in the championship; and Mr.Becksteiner from Austria, was the first European to qualify with his Golden Retriever, Bell Oktave Apollo.

A further snow fall overnight added to the difficulty of the the waist-high kale. As with day 1, despite plenty of game scent was scarce due to the freezing conditions. The weather continued to deteriorate, turning to blizzard. At the end of day 2 just six out of the seventeen dogs, that started the day, qualified through to the day 3.

Returning to Burncastle for the final day, held in another tricky field of kale, two dogs went out early leaving just four to go into the final drive. An excellent performance over the three days gave well deserved places to the four dogs. The eventual winner was Mr. Noel Bayley with Craighorn Abby, making Craighorn Abby up to a Field Trial Champion.